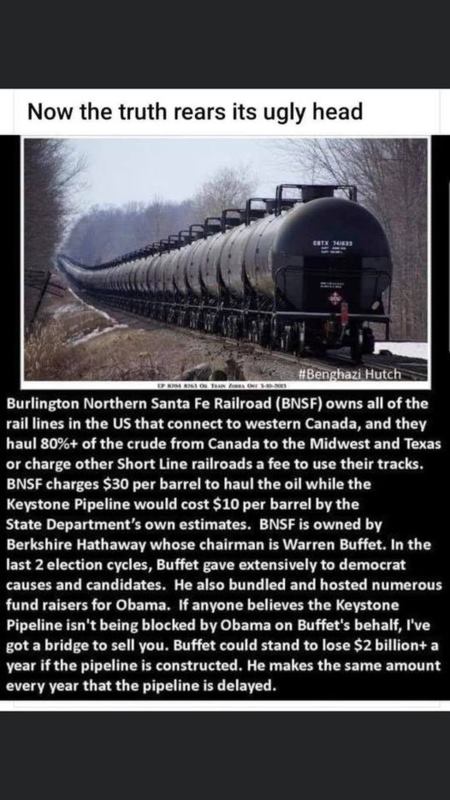 President Trump did so many amazing things while in the office which were him keeping his promises. One of those was to make us energy independent. One of the ways he did that was to find as many sources of energy closer and in the United States if possible.

The Keystone pipeline was something that not only achieved this goal but also employee tens of thousands of people. It was a win-win for The United States and our citizens. Then Joe Biden had the election stolen for him.

In his first week he canceled the Keystone pipeline project eliminating that source of energy and firing thousands of workers. Why the hell would he do this? It goes against the best interests of the United States. Many times the the easiest answer is the right one. joe Biden is getting a kickback and owes people.

There is nothing more to say on this until we see this unfold even more but the media not focusing on why Joe Biden just screwed the United States means they are covering for him. Joe Biden will try to destroy the economy in order to bring us into the great reset.