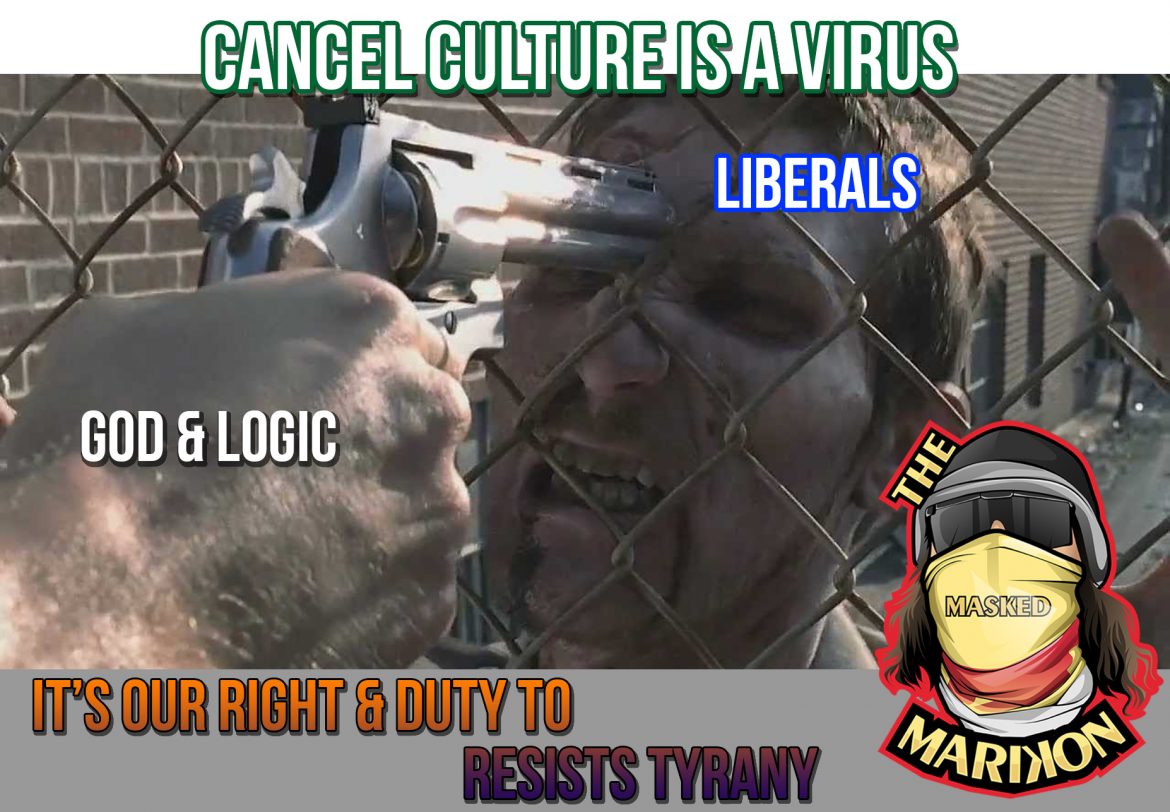 Cancel culture is a virus that destroys everything in its path. Anyone who tries to cancel someone because they disagree with you, or believe something different than you is a despicable person. We have a right to life liberty and the pursuit of happiness and that means I can think what I want without having my life or livelihood threatened.

WTF is wrong with a person that would prompt them to try to get someone fired, or threaten someone’s life or their family’s lives? These are mentally ill people who have no lives and are professional victims. They are the losers of life who see others that are successful and happy and are envious of you. This is why envy is a sin. Instead of being happy for someone and using that to inspire but instead, they want to destroy it.

Liberals are the ones who exhibit this behavior the most because the ideology conflicts with itself and the people who follow conflict with each other. Logic is nowhere to be found in this ideology and rests on emotions only. These people will never be happy until the world is destroyed because their father is Satan.

We need to start fighting back just as aggressively until this madness is reversed and then we always will need to leave a few behind that are willing to be the aggressive ones to keep these simpleton savage in check. Watchers or guardians are a good name for them because this disease will creep back unless we keep it below in hell where it belongs.

We did not ask for this fight but we will finish it because its necessary to return to normalcy. We will not allow spoiled, entitled, glutinous, envious, and evil pieces of garbage t rule our lives and destroy this great country.

Get Your The Masked Marikon Merch here