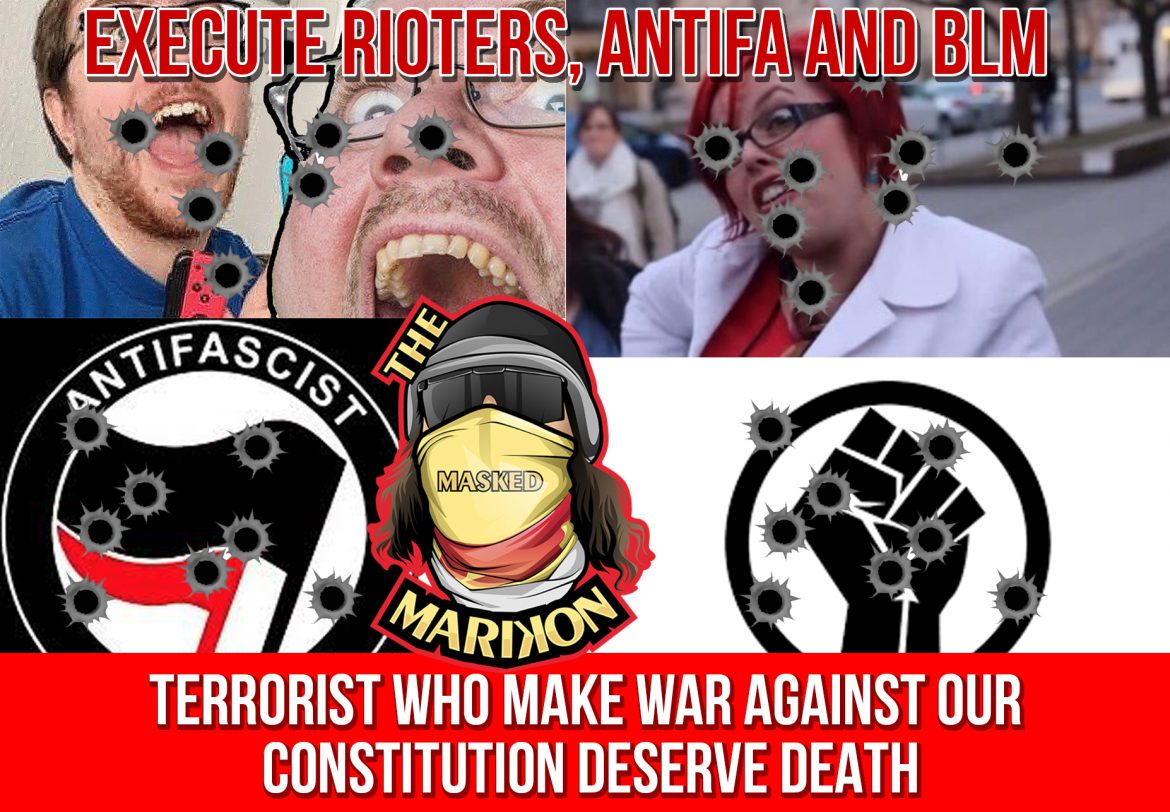 Explain something to me. When you have a group of people who are terrorizing people in the streets, destroying property, and hurting/killing others why are we tolerating this? Why is it not acceptable for justice to happen instantly? These are criminals pretending to be protestors. Protesting is non-violent and doesn’t hurt people or destroy property.

These scumbags are terrorizing people based on their Marxists/communist beliefs. They are celebrating criminals and using the lie of police brutality. When these terrorists block streets, destroy private property, and hurt others they all deserve a trip to the hospital or execution on the stop. This is not a protest.

Now let’s contract this with people who legally can question the polices authority to do something based on probably cause or its constitutionality. This is a legally protected act and can’t be compared to some scumbag who was pulled over or being question because there was probably cause and resisted arrest. Also, what took place on January 6th in Washington DC was legal storming of the capital. The people have the right and duty to overthrow the government when they violate whats in the constitution.

This has nothing to do with someones feelings which is what the leftist human garbage bases everything they do on. The left tries to conflate everything to show some parallel but the people who follow the one true God and honor our constitution and founding could not be further away from the satanic and communist left. We are justified and righteous. The left is wrong on every level and stands for evil and death.