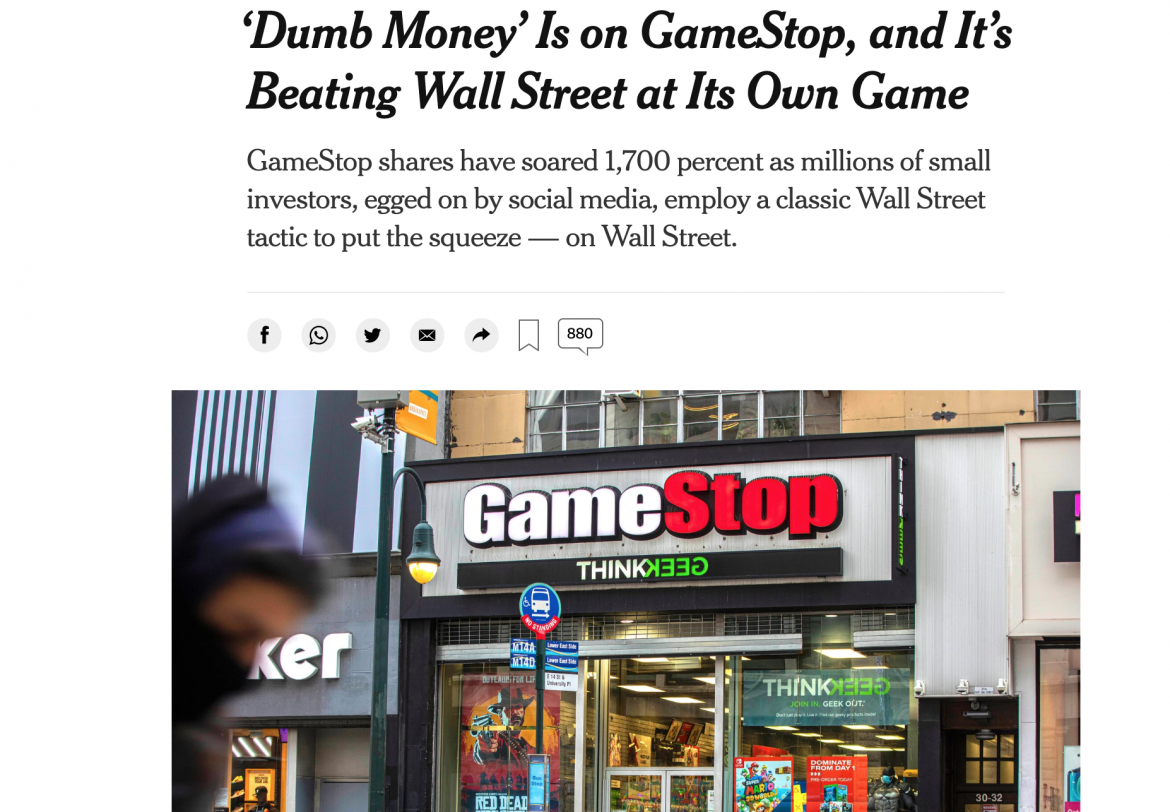 Buying stocks to short the market is legal. When elites do this people praise them as being smart and kiss their asses. This week tons of “regular” people bought GameStop stock after being encouraged to by social media. Then the unexpected happened, it shot up 780 percent.

That means all those people will need to get paid and some elites will take a loss. Now everyone is outraged, the false president of the USA is getting involved, they may change laws, as a result, to prevent this from happening again.

Now regular folks know how to play the game and elites might lose they want to rewrite all the rules. This is elitist bullshit to the highest degree. Wallstreet sees us as dumb and how dare the people to get ahead. This is the equivalent of closing the casino because the house is losing. Fuck you Wallstreet and all the puppet masters.

One last thing. I caught the press conference from Biden’s new ugly press secretary being asked about this short-selling. They said “Trumpism” caused this. First was this bitch not prepared at all? Second, when will losers stop blaming Trump for their own failure?

When the tribunals happen Wallstreet and hedge fund guys need to be in there as well.