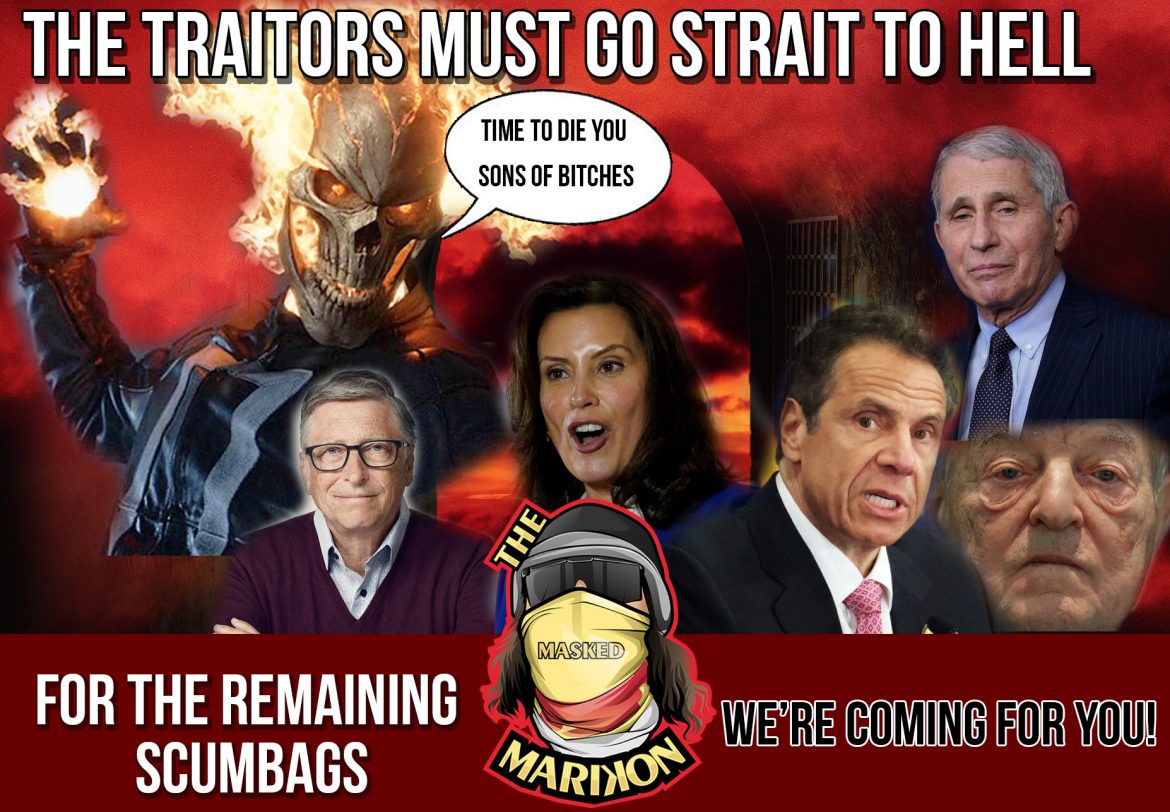 How much crap will the people tolerate? This is such a great question because I’m sure back in the 1760s and 70’s people said the same thing. The rebels were sick of the British taxing them and restraining their freedoms. There were people back then that felt the rebels were being hyperbolic and things weren’t that bad.

All it took was a stamp tax and we started fighting back and there was no return. Today we put up with taxes on everything such as property, the forcing of nonsense like seatbelt laws, helmet laws, and most recently the lockdowns, masks and vacinnes. At what point do we tell our public servants to FUCK OFF and we stomp into the ground anyone trying to enforce these unconstitutional laws?

“Just doing my job” is never an excuse and doesn’t exempt you from getting the same punishment that the people who gave the order. You people need to get a spine and and say “NO”. How do we allow people to threaten your livelihood because of a stupid mask or vaccine? Public servants have no authority to even think this and should be punishable by hangings.

The founders would have killed every president with the exception of Trump going back to until you get to maybe JFK and Eisenhower. besides those three the last real president was Andrew Jackson. The Federal Reserve must be destroyed and the only law enforcements that is constitutional at the local level is the Sheriffs.

I used to think that people would wake up when this leftist crap started affecting their kids but these liberal freak parents will sacrifice their own kids at the alter of wokeness just to prove they are pussys. What real parent would allow their kids to take hormone drugs to permanently damage them for life? What parent would not get their kids into therapy right away if they displayed behavior that they had been abused such as homosexuality? Parent should protect their kids at all costs and not feed them to the evil perverted machine.

When the truth comes out and people have had enough the streets will run red with the blood of the evil who believe their mental illness and communist/satanist ways will be installed. That will not happen and we dont want violence but these people will never stop until they are made to see their makers prematurely. The United States as stated by John Adams has a constitution and country made for morale people. That morality is based on the principles from God.

You dont have to worship but you will exist in our world and country. Yo will never allow that thought in your heads that you can rid the world of God. We allow you to exist here or you can go live in a communist country. Shuts your mouths and know your roles.