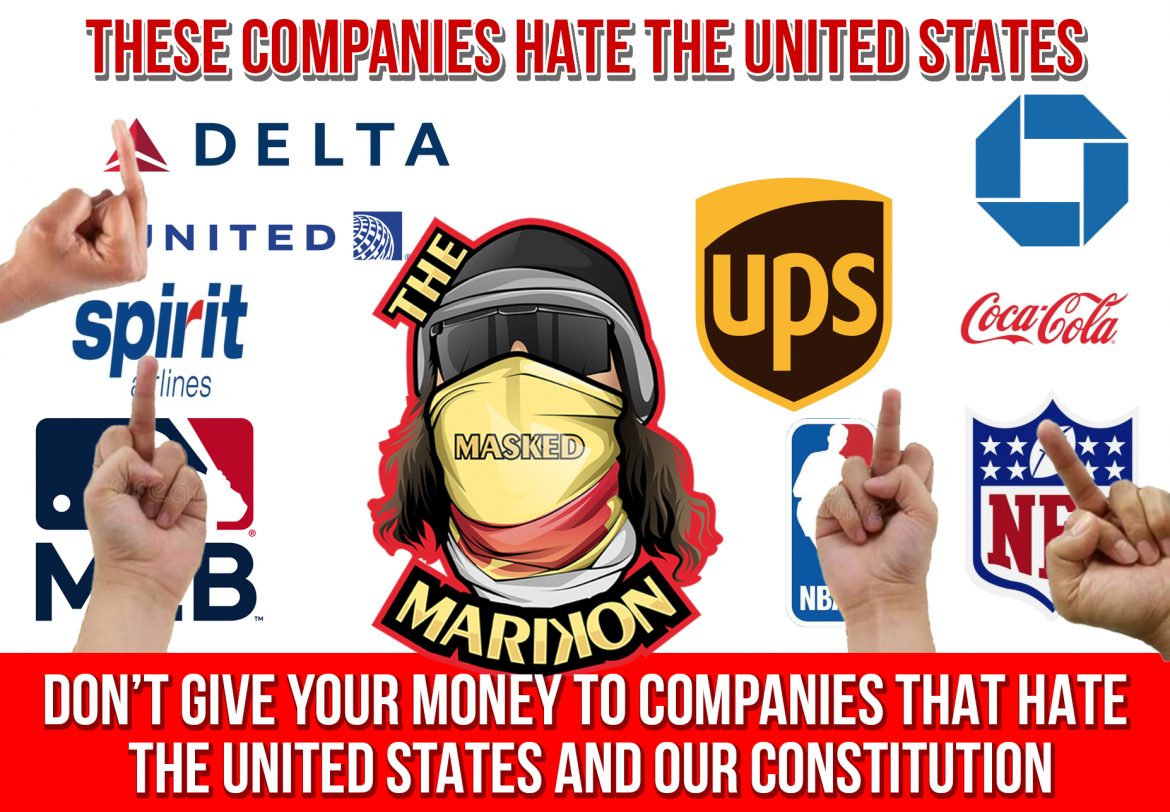 At this point who gives a shit what any cooperation thinks about politics. They clearly are aligned with the scumbag fascist tech giants and scumbag liberal-left politicians. They clearly hate the United States, our founding principles, and the constitution.

The left openly hates white people which is so rich considering they supposedly hate racism but when it’s against whites it all ok. They have infiltrated our schools and universities ruining an entire generation of kids by poisoning their minds to hate themselves, their country, and the gender they were born as. They have removed God and Christ from everywhere ushering in a generation of Godless freaks with no conscience at all.

The silver lining of all these companies coming out supporting the vaccines, pushing the masks, and saying that showing ID to vote is racist is that we know who not to do business with. We will no longer watch pro sports, and we will begin to sue anyone threatening our livelihoods to push a mask or vaccine.

How racist is it for the left to think that black and brown people are too stupid to go to the DMV? When you purchase liquor, spray paint, a house, bank, etc… you need to show ID. So then in what universe do we defy logic and not show ID to vote in elections?

Everyone who is part of the stain on our country must be imprisoned for life or executed. That’s the only way this ends. These criminals will never give God-fearing patriots quarter because they want death and destruction. There need to be Nuremberg trials for all these criminals so everyone sees what they did and there is absolutely no question in anyone’s mind how they deceived, needlessly murdered people, and lied to everyone.

Thomas Jefferson said, “The tree of liberty must be refreshed from time to time with the blood of patriots and tyrants”. It is as true now as it was then. I want the left and the enemies of the United States constitution to run and fear us because this will not stop.

Get The Masked Marikon Merch Here