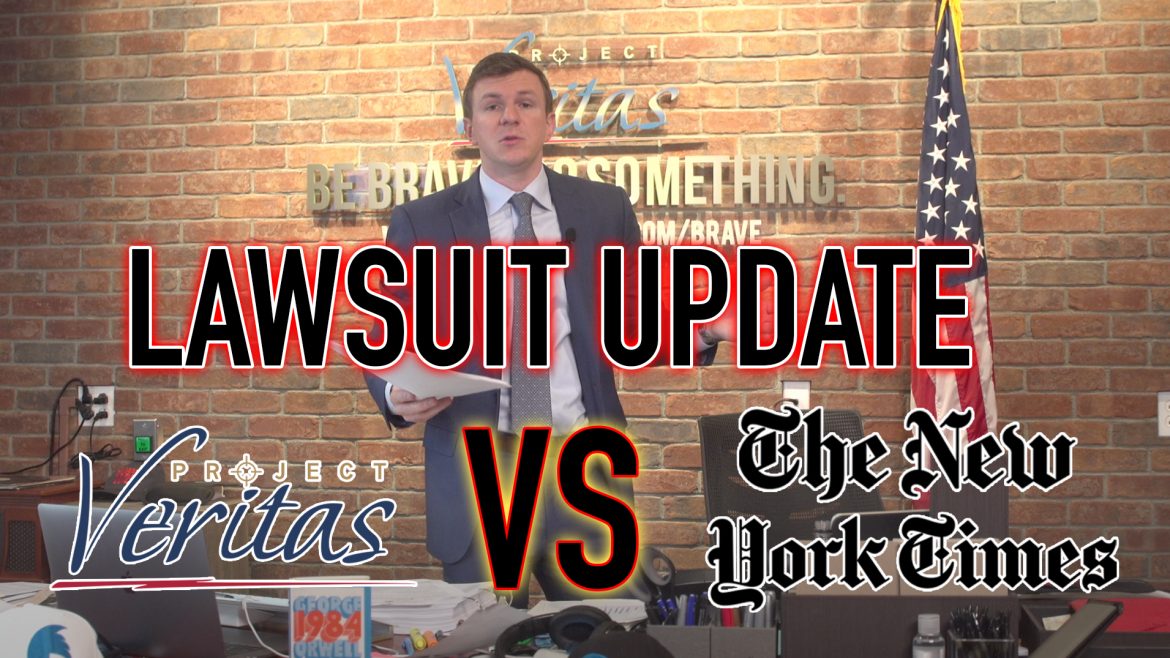 The New York Times filed a “Motion to Dismiss” request in an attempt to toss out the lawsuit and evade their wrongdoing.

Maggie Astor, The New York Times reporter who wrote the defamatory article, affirmed in her piece that the Veritas videos have “solely” unnamed sources.

“The video then claims that Democratic operatives connected to Ms. [Ilhan] Omar’s campaign paid voters to hand over blank mail-in ballots and filled them out. This would be illegal, but the allegations come solely from unnamed people who speak with Project Veritas operatives in the video and whose faces are not shown,” she said.

In an affidavit, Astor said that the videos have “many” unnamed sources.

“Many of the individuals featured in the Video were unnamed, and there was no way for me to verify the claims that the unnamed sources purport to make in the Video,” she said.

Astor said she relied on Project Veritas’ “reputation” when making her unfounded claims.

“I know of Project Veritas and, before writing my articles about the Video, I knew that it had a reputation for publishing deceptively-edited videos and had been publicly criticized many times for doing so,” she said.

“Project Veritas bills itself as a ‘prominent independent journalistic organization,’ but it is described on its Wikipedia page (and just about everywhere else) as ‘an American far-right activist group founded by James O’Keefe’ that ‘uses undercover techniques to reveal supposed liberal bias and corruption and is known for producing deceptively edited videos about media organizations, left-leaning groups, and debunked conspiracy theories,’” they said.

Wikipedia themselves admit that their website is not a reliable source of information.

“Unverifiable expressions of opinion are not actionable and cannot be defamatory,” they said.

Project Veritas will continue pursuing the truth in this lawsuit by exposing The New York Times’ unethical journalistic standards. Project Veritas is undefeated in litigation and will fight defamation to the fullest extent of the law.

James O’Keefe established Project Veritas in 2011 as a non-profit journalism enterprise to continue his undercover reporting work. Today, Project Veritas investigates and exposes corruption, dishonesty, self-dealing, waste, fraud, and other misconduct in both public and private institutions to achieve a more ethical and transparent society. O’Keefe serves as the CEO and Chairman of the Board so that he can continue to lead and teach his fellow journalists, as well as protect and nurture the Project Veritas culture.

Project Veritas is a registered 501(c)3 organization. Project Veritas does not advocate specific resolutions to the issues raised through its investigations. Donate now to support our mission.