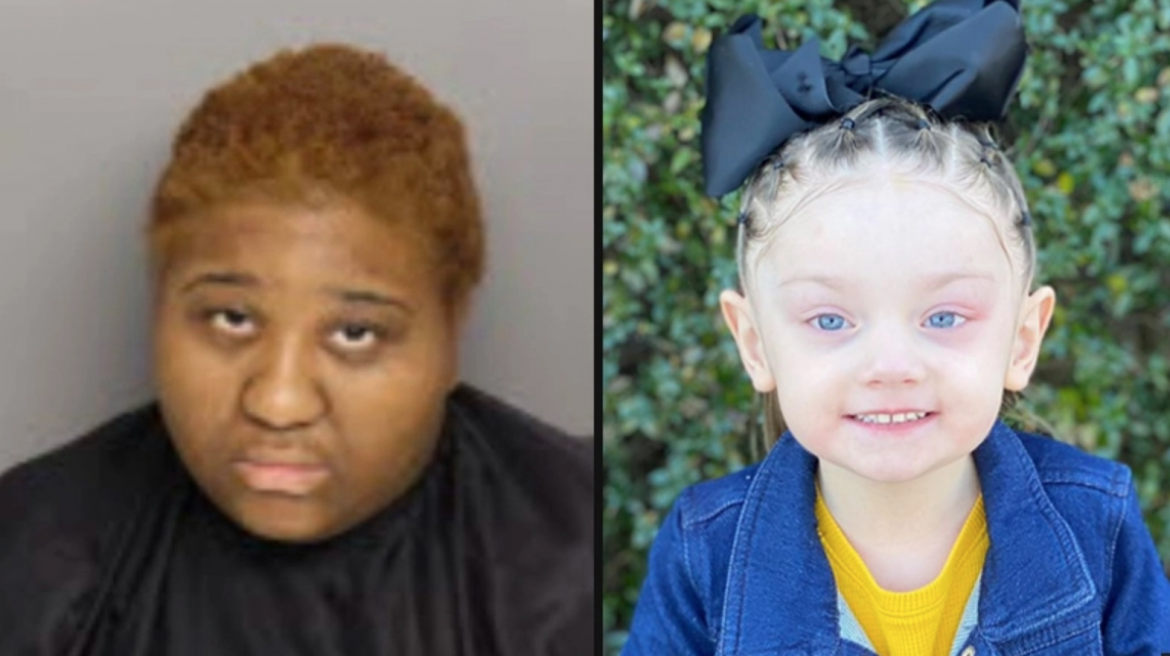 The leftist mainstream media is trying its best to ignore the murder of a 3-year-old adopted white girl allegedly at the hands of her black far-left mother.

“Arrest warrants allege the couple inflicted ‘a series of blunt force injuries’ to the child, who died in a South Carolina hospital,” according to WJW.

Robinson, a middle school teacher who also branded herself the “Clean Queen of Comedy,” won $25,000 after competing on the Food Network’s “Worst Cooks in America” reality show.

Streaming services that carried the episode in which she competed have already scrubbed her appearance from their respective platforms, including Discovery+, Hulu and YouTube, with the Food Network going as far as deleting all mentions of Robinson from their website.

In one ominous post last August, following the shooting death of 5-year-old Cannon Hinnant, Robinson claimed people would mourn his loss more than a black person’s.

“I don’t see how 1 week ppl can be upset about 5 yr old innocent white boy getting murdered then the next week not be upset about an innocent black man being murdered in front of his kids. I thought all lives mattered; why are we not all upset? Wrong is wrong no matter who it is.”