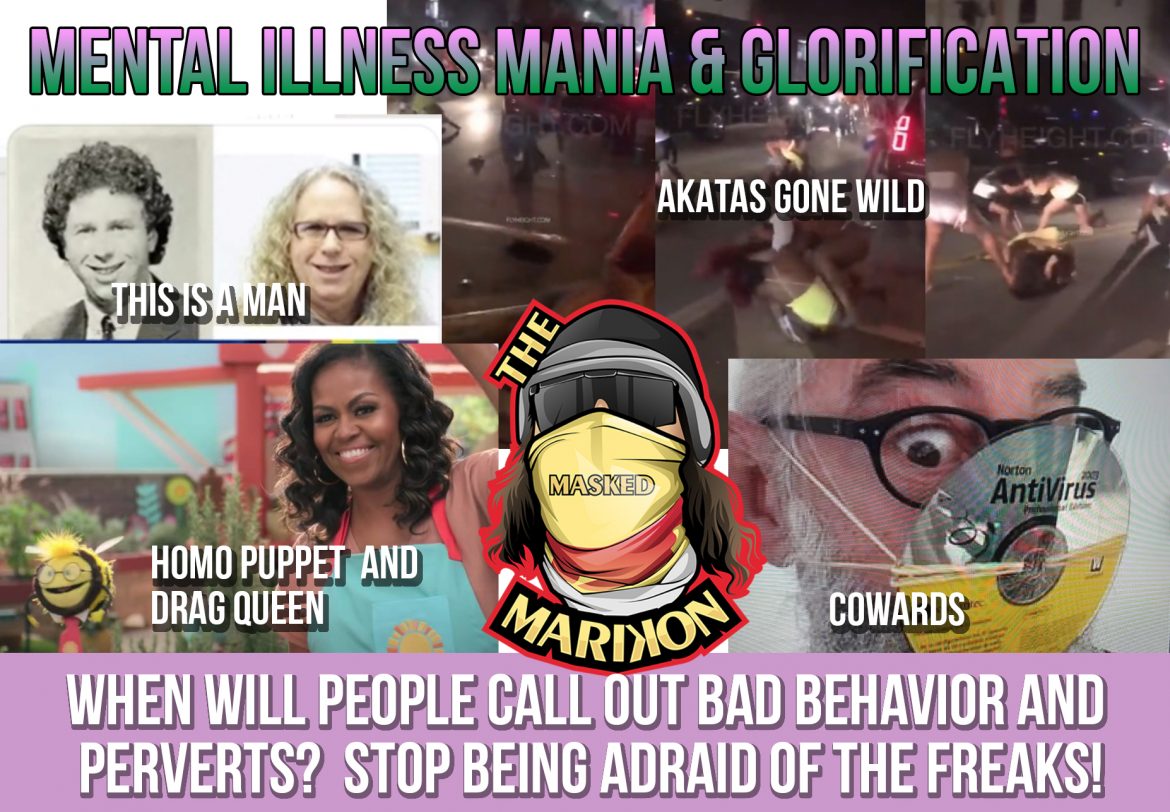 We are being bombarded with things that we never would have imagined when we were kids. People will attempt to shame you because you’re are a caveman or not “progressive” but there is nothing progressive about this modernism. This is regressive and destructive to people everywhere.

People are ignoring basic truths and if we don’t accept this new poisonous ideology we are racists, homophobic and all this other nonsense. I’m done with this mental illness and most are as well. Here are some basic truths.

You people better speak up and stop cowering. You have legal rights and need to exercise them. The constitution is the law of the land. Make people, companies, and government follow the law. A companies policies are overridden by the constitution. Tell anyone to gets in your face about wearing a mask to fuck off. You are not a “ist” or “phobic” because of your beliefs so stand strong.

Get The Mask Marion Merch Here