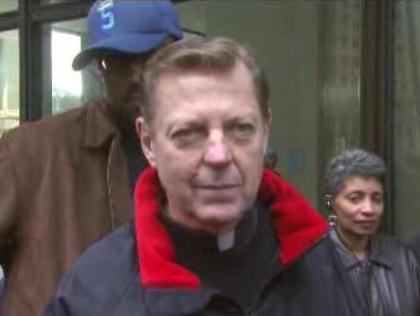 Growing up in Chicago you’re always subjected to mafia-style, Saul Alinsky political horse shit. In addition, there are the complete and utter morons that follow these people to their own detriment.

One of the morons I always hated was Father Michael Pfleger. He was the poster child for “white guilt”. He was so anti-gun for regular people. He didn’t mind being protected by a gun when people would confront him on the streets.

You could imagine how I smiled when this piece of shit was accused of molesting two boys. I smiled because everyone would be forced to admit he’s human garbage. I felt sad for those men who now admitted to this. I pray this is an opportunity to finally expose the left for the satanic pedophiles they really are. That isn’t hyperbole.

I want Pfleger to be put into the general population at 26th and California Cook County jail. He belongs in there with those animals. While you’re at it throw that fraud Jussie Smullet aka Juicy Fruit in there as well.