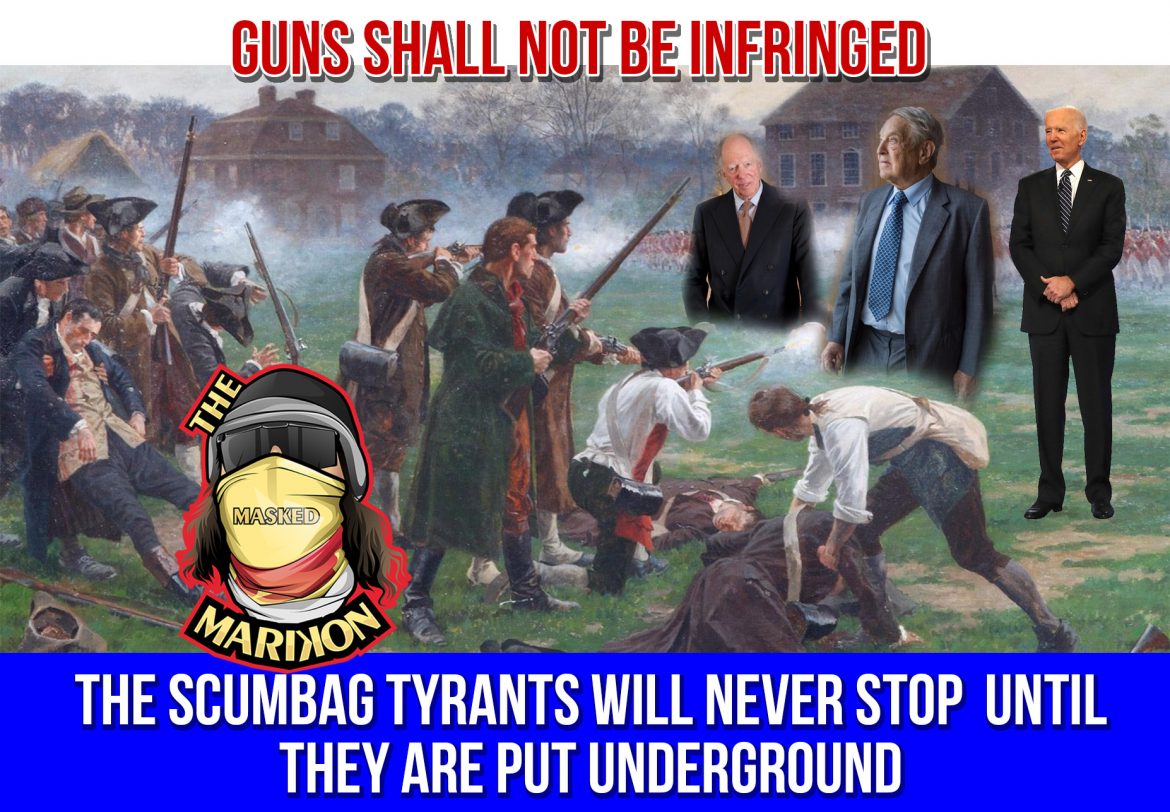 A well regulated Militia, being necessary to the security of a free State, the right of the people to keep and bear Arms, shall not be infringed. “In Federalist 46, Madison addresses the fear that the newly proposed federal government would become tyrannical. His chief strategy throughout the Federalist is to point to the republican character and the federal character of the new government as safeguards against its turning against the People or the States. In 46, he indulges the assumption that these safeguards fail. Not to worry, Madison assures readers. In that event, the People will take up arms and defeat the national tyrant on battlefields.”

The founders understood that hunting and defense were God-given rights. The second amendment was specifically created to use against an unconstitutional government and its enforcers. This simply means that if the government becomes tyrannical and violates the rights that are acknowledged by the Bill of Rights the people tell them to leave or we kill them. This also applies to their enforcers who decide to enforce illegal laws which include military and police.

This is not radical or fringe in any way. This is the way it was intended no interpretation needed. The english is clear and the founder’s explanations are clear. Joe Biden’s shell of a body signed some kind of executive order today from the phony White House set at Tyler Perry’s studios. This is something that no public servant has the right to do and the moment they try to do it and enforce it they are in violation of the constitution and should be jailed for life or executed.

The leftists or the world are trying to bring in their satanic world right now with blm, antifa, feminists, tranny’s, militant homosexuals, & communists. The only thing these freaks understand is force and not logic. They are like terminators. They will not listen to reason and won’t stop until we are dead so we need to make sure they cease to exist if they continue to pursue their aggressions and satanic agenda.

Death to the new world order and their followers. Christ is the only way to God and Heaven.

Get The Masked Marikon Merch Here