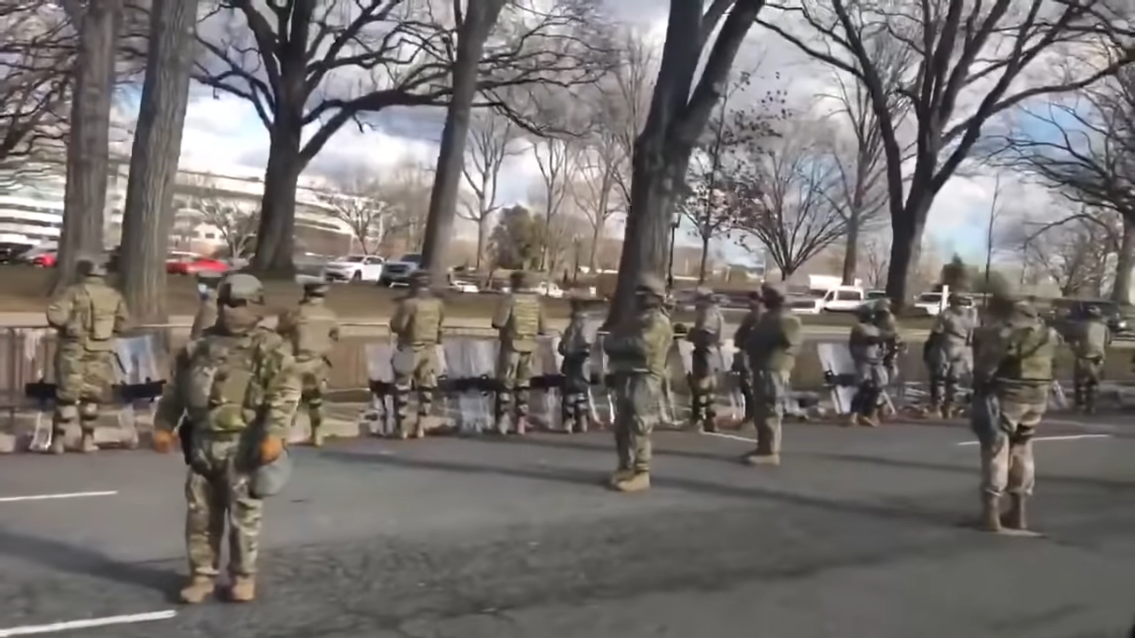 Leading up to the “inauguration” we saw a large influx of troops being brought into Washington DC. Biden couldn’t have ordered this because Trump was President at the time so why then would Trump bring them in?

Was this to keep people away or to keep people in the newly erected fences with razor wire? Dr. Charlie Ward stated he say the inauguration hours earlier than it supposedly happened. There were many things that didn’t seem right with the entire show.

The troops turned their backs on Biden’s motorcade with many who were present confirming it despite the damage control being done by the mainstream media after videos of this were circulated. The troops were sleeping in car garages and the floors of Congress so we can see how Congress feels about the military.

Trump wouldn’t stand for how the new administration and Congress were treating the troops so Trump offered is his DC Trump hotel for the troops to stay in. Here another question is the USA corporation dissolved? It was rumored that the Act of 1871 was allowed to dissolve by Trump in June of 2020. So if this is the case then Biden really isn’t the president.

I want to know what the hell is really going on. I know this inauguration is a sham. We know that the troops dont respect Biden. Also will the real inauguration take place on March because until the ratification of the Twentieth Amendment in 1933, the official day for presidential inaugurations was March 4 .

Let’s see what happens while pray to God and hopefully the constitution comes into play.